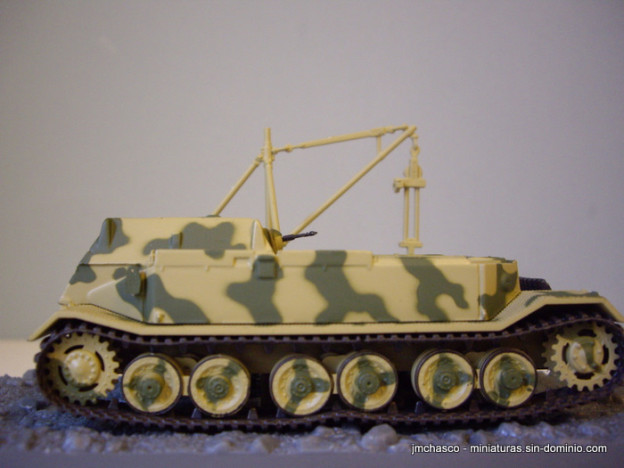 Bergerpanzer Tiger (P) was a very exclusive recovery vehicle, based on the Tiger I Porsche, a project which was cancelled in favour of the Henschel Tiger. Only 5 Tiger (P) were completed, 3 of them were converted in the Bergepanzer Tiger (P) and only one saw service with the schwere Heeres Panzerjager Abteilung 653. Most of the chassis produced for this project were converted into Ferdinand / Elephant.
So Altaya have been chosen a vehicle which only 3 units were manufactured, although some sources says that other two Ferdinand which wasn’t updated to Elephant also were converted in recovery vehicles during 1943 to achieve a number of 5 total units.
All these vehicles were assigned to recovery Elephants.

Altaya’s model have a good average quality, in their standard, where probably the worst is the crane, all manufactured in plastic. Zvezda have released a new piece for the Art of Tactic game system.

6137 Soviet Reconnaissance set , which haves 4 excellent figures in this first time covered subject for our scale.

A very good news for WW2 and Modern fans, although they will took a couple of weeks or so to be available around the world. !