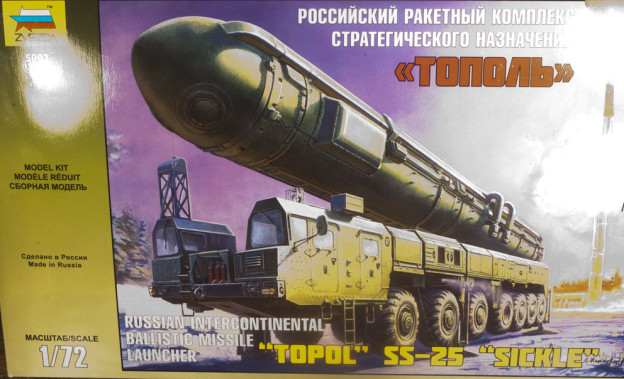 The three stage solid propellant RT-2PM Topol is an improved mobile ICBM which replaced earlier outdated missile complexes. It emerged from the same line of development as mobile missiles such as the RT-21 Temp 2S and the RSD-10 Pioneer, and was deployed as a replacement for the widely deployed UR-100. The United States considered developing their own road-mobile ICBM called the Midgetman, but the program was canceled with the end of the Cold War.

Development of the RT-2PM was approved on July 19, 1977 and carried out by the Moscow Institute of Thermal Technology headed by A. D. Nadiradze. Flight tests were conducted on the Plesetsk test site from February through December 1985. The main problem that had to be overcome during this period was the development of battle management system. After the first test series was successfully conducted in April 1985, with the first regiment with Topol missiles put on alert in July 1985. Throughout this time work continued on improving the battle management system. The test missile firings were finally completed in December 1987. The first regiment of “Topol” missiles employing a modernized mobile command center (in the area of Irkutsk) were put on alert on May 27, 1988. After Nadiradze’s death in 1988 Boris N. Lapygin continued his work on the Topol missile.

A little bit about the box contents and quality.

The box itself is very large. As if 35 scale. Crazy amount of parts for 72 scale (309). Great quality. No burr and sink marks. Detailing is very good. Pleased even the presence of cables, molded integral detail. This will simplify the addition model details. The model has two versions of the assembly in the stowed position and launch.

Very nice wheels. On the photos I tried to show in more detail some interesting details. The only pity is that the box has only container but does not have the rocket missiles. It would be very epic assemble the model at the time of its launch, with clouds of smoke from the wool))))))

As a result, we can say that the model came out great. I hope the company “ZVEZDA”  continue the series of strategic and tactical systems of the Soviet Union: REDUT, ISCANDER… Model can be found in Ebay at good prices, take a look here. 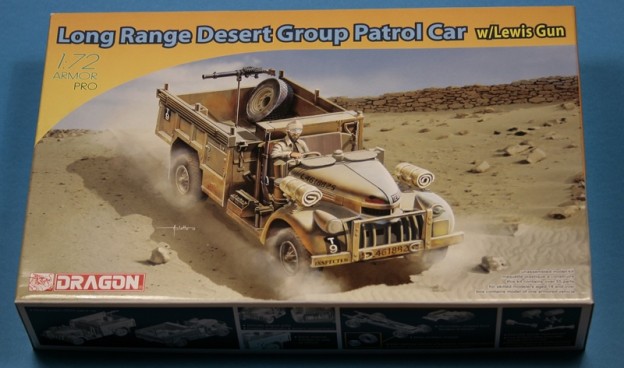 Recently I’ve seen a picture of a LRDG Chevy used by the British army in the desert in WWII, and I instantly fell in love with it. I checked the offer in 1/72 scale and found this Dragon kit. Well, what’s inside this box doesn’t provide the quality you would normally expect from a Dragon kit… at least from their golden era. Though there are good parts, the general impression is the kit was done in a hurry. The biggest disappointment are the wheels; they are one piece, not like the CAD drawings on the box showing separate tires and wheel rims. All four road wheels look the same, but in reality the bolt circles of the back wheels is noticeably larger. The tire tread is not very deep and a there is an ugly moulding seam, whose removal will further damage the surface. And there is more bad news: all wheels were moulded with a hollow back!

So I’ve searched for a good PE set and Hauler came to my rescue. Besides metal parts, you get two beautiful Lee Enfields, a crate, some cans, a shovel – all in resin. With the Dragon wheels. In conclusion, this is rather a mediocre kit compared with Dragon’s own high standard visible in their previous releases. At least an upgrade set for the wheels is a welcome addition.

Model available in our searcher, here. 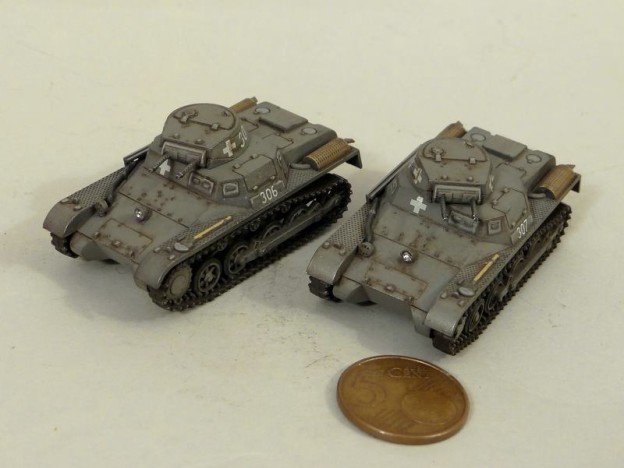 Well, as for sure many of you know, this year, 2014, is the 75th anniversary of the start of the Second World War. Considering his start as September 1939, with the German invasion of Poland, although certainly other events preceding this data advocate Europe and World to war.
Is interesting, to have a brief idea, take a look at this Timeline in the WikiPedia.

But for our today’s proposal, we don’t wish to start any controversial, the Second World War started on 1st September 1939, at 4:45 a.m, is not our scope give any history lesson, so if you are interested on this, for sure you can find thousand of references in Internet, with different points of view about the conflict, facts, numbers, consequences and so.

We wish to talk today about a military genre, poorly covered in our favourite scale, 1/72, during decades, The World War II Polish Army, and overall, the early stages of the Second World War, from the invasion of Poland to the ‘Fall Gelb’.

We will start talking about “First to Fight”, a commemorative publication raised in Poland, which also issue a related 1/72 scale model with each number, they have the support from IBG for the production and by now 5 numbers have been issued:

And many more are to come, including an infantry figure set, a topic which previously, was only covered by the infamous Hät set, so we expect a lot of this range.
Their quality is good, although they are “fast kits”, and the models issued to the German Army are also very interesting ones. Another fact about this models, is his very cheap price, which make us wonder by an Italeri (ESCI) mould used for decades is so expensive, or Revell, or the worst case, Airfix.

To show how this models looks like, we specially lithe the excellent work done by Artur Wałachowski. To see more, a contest is spotted in the brand site, here.

At this point we must cite brands such S-Model, already doing a nice effort for early war subjects.
Previous to this one, only RPM have a decent range for the Polish Army.
To end with the scale models, we wish also to mention ACE, who has released a 37mm Polish AT Gun wz.36 and two early French army topics, 3,5t truck AHN and S.A. Mle 1934 25mm anti-tank gun.
So as you can see, the list is slowly growing , and we want more.

So, with so many model ahead, more figures are needed !!!, while we wait for the First to Fight’s infantry set, some other are taking care of this gap. Scibor Monsterous Miniatures, a well know manufacturer of fine and impressive 28mm fantasy figures, has started an historic line, in 1/35 but also in 1/72 scale, dedicated, by now, only to cover the Polish Army.
By now they have 4 references (in 1/72 scale):

In their immediate plans, Polish infantry 1939 and drivers for Polish Fiat 508 and C2P artillery tractor…

Scibor, we want Stanislaw Sosabowski in 1/72 scale !!! It’s indispensable to play a Bridge Too Far game.

And that’s all for today, we want more of this early war coverage, for our taste, operations during the invasion of Poland, also the ones during the operation Fall Gelb, can be very interesting for games, so more Polish, French, Dutch and Netherlands troops are needed !!!
We will keep an eye on further developments by Scibor, and each issue of First to Fight is added to our listing in the database section.