Unassembled plastic model kit in 1/72 scale of a German Henschel Hs 126 reconnaissance aircraft introduced in 1937. The type served during the Spanish Civil War and early stages of WWII. Replaced in the reconnaissance role by more modern designs production was halted in 1941 and by 1942 retired of front line although later was used as night close support bomber in the Eastern Front.

This kit is a reedition of the good kit released in 2021 by Sabre Kits. 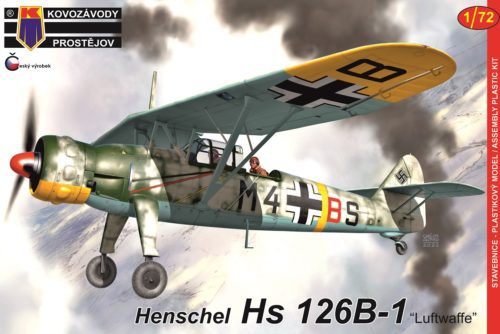 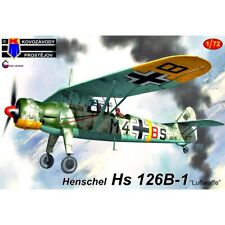