Unassembled plastic model kit in 1/72 scale of the main guns turrets of the USS Missouri, the third of the Iowa-class battleships, laid down in 1941 with service in the WWII, Korean War and Gulf War 1991 jus before be decommissioned in 1992. Nowadays the Missouri is a floating museum at Pearl Harbor.

Kit includes PE detail parts, stand base and decal sheet with two markings (the Iowa class had the triple turrets of MK.7 16″/50 guns). 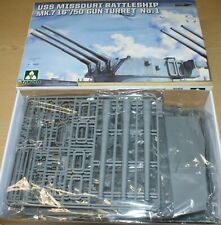 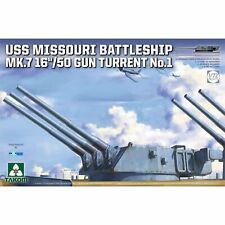 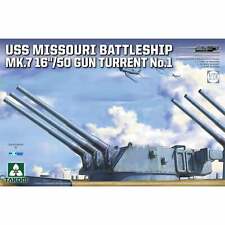 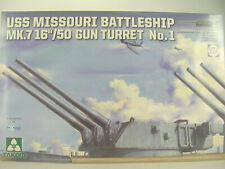