Unassembled plastic model kit in 1/72 scale of an Italian WWII reconnaissance car SPA-Viberti AS.42 (“Sahariana“), build over an AB41 armoured car chassis with an specific transmission for desert operations.

The car was used as platform for different weapons, including the Cannone da 47/32 (Breda M35) in AT role as the kit depicts. Other configurations included 20mm Breda or 20mm Solothurn S-18/1000 AT rifle, together with one or two 8mm Breda model 37 machine-guns.

AS.42 had a good performance and saw action during the African and Italian campaigns. 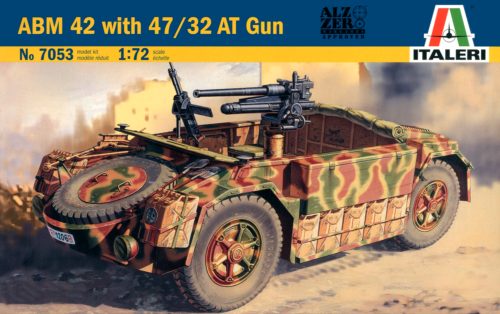 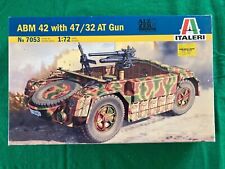