Unassembled plastic model kit in 1/72 scale of a MBB/Kawasaki BK 117 utility helicopter, a join development of Messerschmitt-Bölkow-Blohm (MBB) of Germany and Kawasaki from Japan. The design later become part of Airbus serving of base for the develop of the Eurocopter EC145.

The BK 117 was introduced in 1982 and remains operative and in production.

This original Matchbox kit tooled in 1988 is one of the most successful Matchbox kit, released under Revell brand almost 7 or 8 times, last one in 2016, almost 30 years after it was tooled. Kit included a decal sheet with two markings, one German (ADAC-Allgemeiner Deutscher Automobil-Club e.V., German motoring association, 1984) and one Japanese (Aero Asahi, the largest helicopter operator in Japan, dated 1987). Hasegawa also released this kit in 2014. 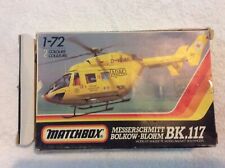 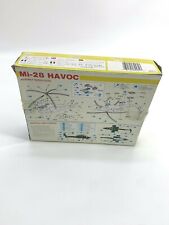 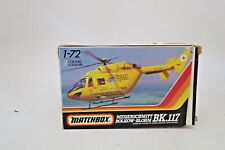 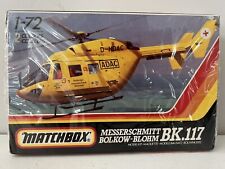 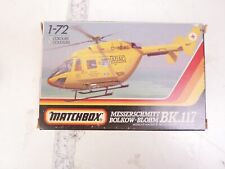