OH-23B was a designation given in 1962 to those H-23B which have an improved engine up to 250 hp. H-23B variant was similar to H-23A initial production version but fitted with skid/wheel undercarriage. Around 273 H-23B were built for the U.S. Army and around 80 for export market which included the French Air Forces and others.

Raven served as a utility, observation, and MedEvac helicopter during the Korean War and later B variant was used as primary helicopter trainer for years. 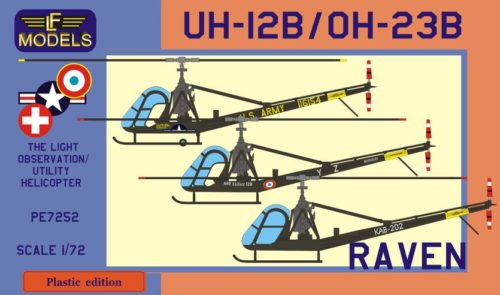