Th Redstone together with the Mercury capsule was the the first American crewed space booster, carrying the first two U.S. humans to the space, used from 1960 to 1961 in six flights before be replaced by the more powerful Atlas rocket, Horizon Models – 2002 – MERCURY™-ATLAS. The Redstone rocket was derived from the U.S. Army’s Redstone short range ballistic missile.

Includes the Horizon Models – 2003 – MERCURY™ SPACECRAFT capsule, with the options for early boilerplate or portholes versions. 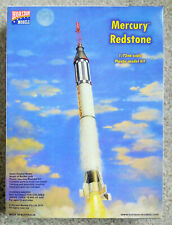 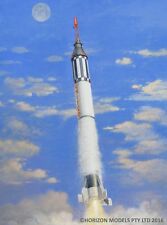