Unassembled plastic model kit in 1/72 scale of a Soviet 152 mm gun M1935 (Br-2), a heavy gun produced in the late 30s in the Barrikady Plant in Stalingrad which featured a tracked carriage, a solution used in other Soviet heavy guns in the late interwars period.

The gun was produced in limited numbers and had two main drawbacks, one the short life of the barrel, and second the mobility problems. In mid 50s a wheeled carriage replaced the tracked one, extending the service life of the gun till the 70s. 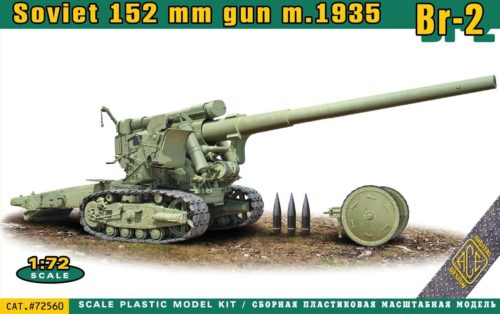 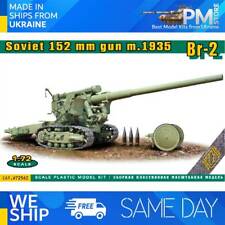