Unassembled plastic model kit in 1/72 scale of a Polish light utility aircraft PZL 104 Wilga, produced since early 60s to mid 2000s with over 1000 units built and many operators, both civilian or military.

Kit includes decal sheet with 7 different markings. This kit was originally released in year 2000 and re-issued in 2021. 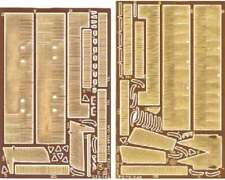