The A-4 Skyhawk was developed with the objective of creating a single-seat carrier-capable light attack aircraft characterized by a great maneuverability. The project, which dates back to the mid-50s, was very effective and this is shown by a long-lasting service career and an extraordinary world-wide commercial success in several air forces. In details, the United States Marine Corps had employed the Skyhawk for a long time and in different theaters of operation. The OA-4M version was specifically designed for USMC and was characterized by its two-seat configuration and its advanced avionics derived from the A-4M such as EMC and RWR systems. The OA-4M was used, in particular, for reconnaissance missions and Fast Forward Air Control duties. 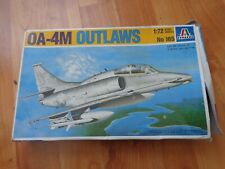 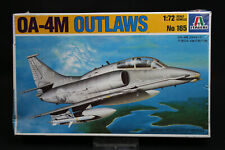