Unassembled plastic model kit in 1/72 scale of a French WWI Salmson 2 A.2 reconnaissance biplane. Together with French forces, during the war it was also used by the U.S. Forces, who purchased around 600 units, of the over 3800 total produced.

Kit includes decal sheet with 3 markings for the U.S. Expeditionary Force in France during WWI. 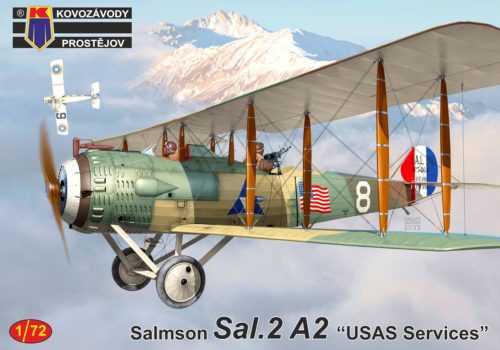