Unassembled plastic model kit in 1/72 scale of a U.S. Attack helicopter Boeing AH-64 Apache, in its original first production version AH-64A, produced till 1990 and seen in action during the Gulf War in 1991. AH-64A were retired from service in 2012.

Reissue of kit code number 04487, also issued in the Matchbox line as Matchbox – 40415 – McDonnell Douglas AH-64 A Apache. The kit was originally tooled in 1990 and has not been re-issued since the 90s, different from the Revell-USA snap-tite kit issued during 2000s.

Kit is also released as Model Set including glue, paints and brush with code number 63824.

*This kit has been wrongly labelled as 1:144 scale in several sites. 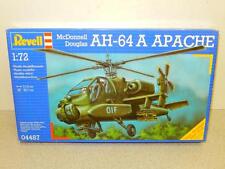 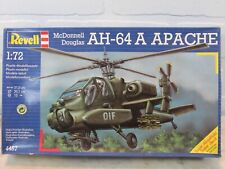 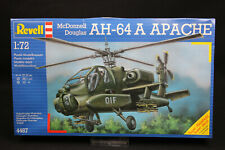 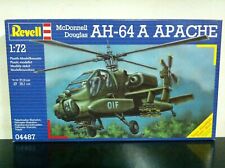