Scud-B was nuclear capable, with a range up to 300Km.

Kit consists of over 120 parts and includes rubber tires.

Hobby Boss not usually offers too many options for markings, but this time decal sheet includes 4 different markings, one Czech, one Afghanistan Army marking (2005) and two Iraqi markings, one dated for the Iran-Iraq war, 1980-1988 and one for the Gulf War dated 1991. 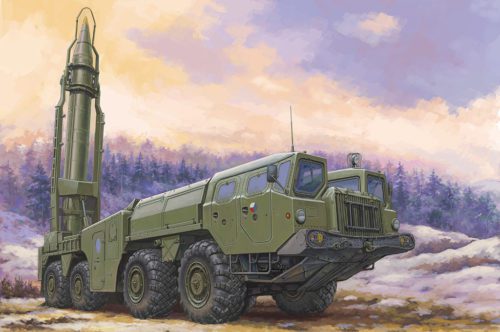