PzB41 AT Gun with DAK Crew

Unpainted and unassembled plastic soldiers in 1/72 scale of German Afrika Korps WWII soldiers with PzB41 AT guns. The 2.8 cm schwere Panzerbüchse 41 (sPzB 41) worked on the squeeze bore principle to increase projectile velocity and penetration, by reducing the caliber of the gun from the 2,8cm at the chamber to just 2cm in the muzzle.

Considered as a heavy anti-tank rifle, their mount on a carriage resembles more an AT gun rather than an AT rifle.

Box contains 32 figures in 8 different poses and 4 AT guns. The gun looks like too much simplified and sadly, barrel looks like too thick and too short. 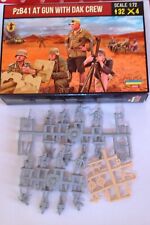 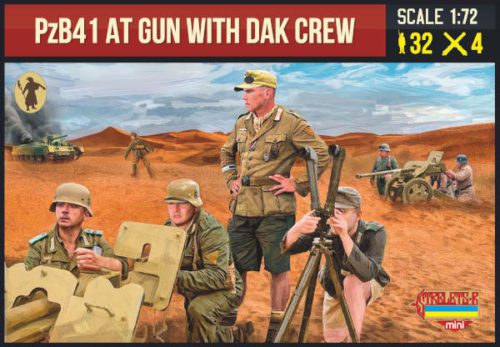 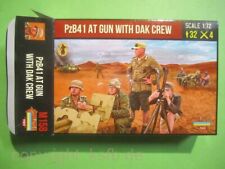 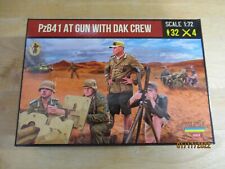 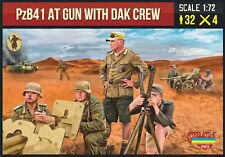 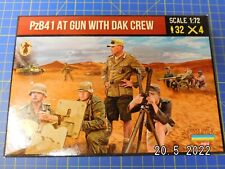