Kit consists of over 569 parts, a multimedia kit with parts made of plastic, PE (photo etched) detail parts and wooden parts.

Kit features as described by the brand: 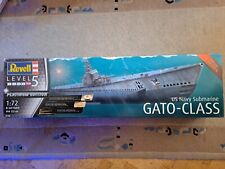