F-22 – 76-mm gun model 1936 was Soviet 76.2-mm divisional semi-universal gun which combined capabilities of a divisional gun and – to some extent – of an anti-aircraft gun, adopted for the Red Army service in 1936. The chamber fitted the standard model 1900 cartridge, which meant that the gun could use ammunition of older 76.2-mm divisional and regimental guns. In 1941-42 Wehrmacht captured hundreds of the F-22s. Initially they were adopted as field guns, designated FK 296(r), but late 1941 it was decided to rebuild the gun as an anti-tank weapon, 7.62 cm PaK 36(r). 560 pieces were converted, some of them were used to arm Marder II and Marder III tank destroyers. Nine F-22s in the original configuration were mounted on SdKfz 6. 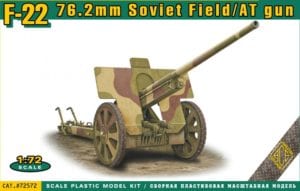 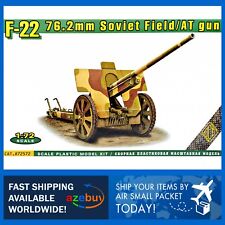