Unassembled plastic model kit in 1/72 scale of Soviet BMP-1 Infantry Fighting Vehicle, developed in the 60s, P variant, a modernized version mass produced from 1979. The family and derived vehicles of the BMP-1 have been widely produced and exported, remaining in service with several operators. BMP-1P variant replaced the ATGM as main feature, thought the new one still was hard to use as require to be operate with the turret hatch open exposing the operator. Later production models also introduced smoke grenade launchers.

Box includes two equal model kits inside, the kit is a variation of kit S-Model – PS720041 – BMP-1 Infantry Fighting Vehicle with new parts for the 9P135M or 9P135M-1 ATGM (anti tank guided missile) launcher in the top roof of the turret, replacing the parts of the old 9M14M Malyutka ATGM. 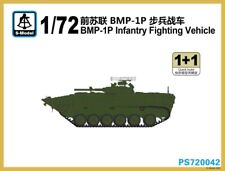 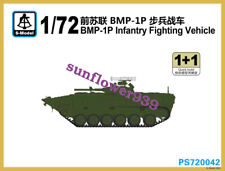 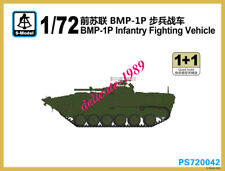 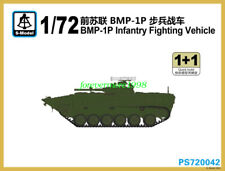 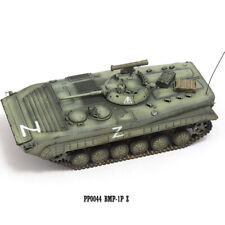