Rated: No ratings yet.
Estado: Descatalogado

In 1966 Airfix tooled not one but two Zoo animals set, probably thinking of it also as a complement to the trains line or just like a good toy. Certainly they did an excellent job on both Zoo animals sets, with some remarkable sculpture. One year later both Zoo animal sets were joined in a playset which included also fences, entrance gates, couple of small buildings and three vacuform animals recints which worked with the fences. The Zoo set is pretty hard to find in any condition, as well a both zoo animals sets are not the more common to find. No other maker pay attention ever to such subject, unless those who just copied and re-casted the Airfix set.

The Zoo Animals No.2 contents 21 figures in 13 different poses: 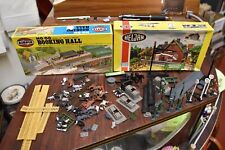 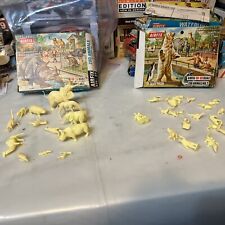 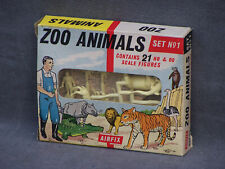 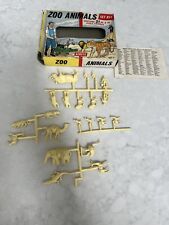