Also released by Airfix (1984) and AMT/ERTL (in the 90s) this kit was originally tooled by MPC in 1983, with occasion of the Return of the Jedi (Star Wars: Episode VI – Return of the Jedi) film, where the action depicted happens.

Kit tooled in 1/63 scale. Includes a vacuform base, plus several figures and accessories, including all the main characters in the scene. The sculpture and detail is not great.

As small collectors guide, the later AMT/ERTL release, is still pretty easy to find by decent prices, followed by the original AMT release, while the Airfix edition is pretty hard to find and usually expensive. Airfix box layout is almost identical to MPC one, but labelled Airfix, bottom right, and Snap Fit notice is also different. 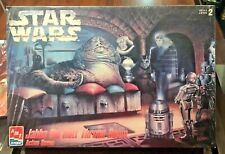 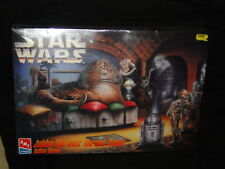 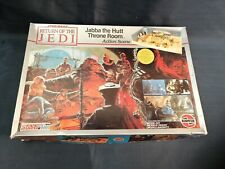 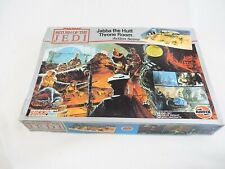 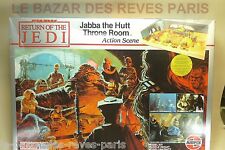