Unassembled plastic model kit in 1/72 scale of a Soviet BMP-2 a second-generation amphibious infantry fighting vehicle still produced and in service after several upgrade programs. It was introduced in the 80s and has been widely exported to ex-soviet influenced countries.

Kit includes a large PE detail sheet. Images shown below belongs to the third re-tool of the model and currently in production. 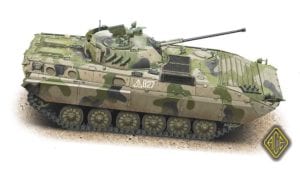 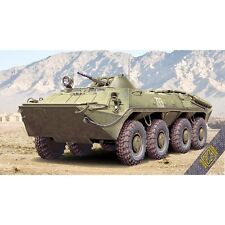