Unassembled plastic model kit in 1/72 scale of a French self propelled artillery AMX Mk.61, built over the AMX-13 chassis. Designed and built during the late 50s for the French army, it’s a design still clearly inspired on concepts developed during WWII. The type was produced in almost 2000 units and saw service with some other countries and action specially on the middle east.

Kit re-uses a sprue from the brand AMX-13 kit and adds new parts for the hull and upper structure. Includes a small PE detail parts and a decal sheet with 4 different markings, including an interesting Israeli Six Day War marking, plus Netherlands, Indonesian and one French marking. 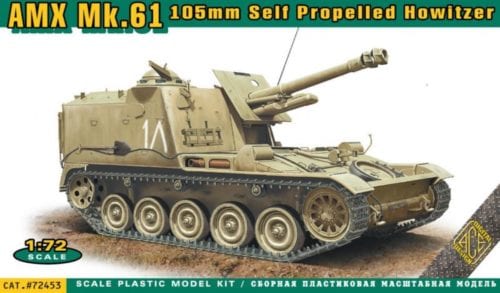 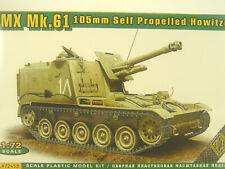