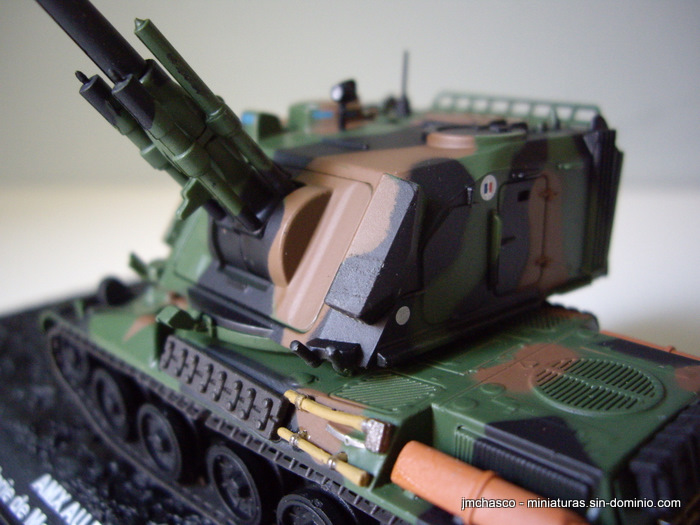 This self propelled artillery vehicle was designed based on the AMX 30 (Ateliers de Construction d’Issy-les-Moulineaux 30 Tons) tank chassis during 70’s, entering service in French army in 1979.

It has an automatic charge system capable to fire 8 rounds/minute or 6 in 45 seconds. It takes around 2 minutes to achieve fire position, and 1 to go travelling again. Can fire at a maximum 29 Km range for high explosive charges. It also entering service in Kuwait, Iraq and Saudi Arabian armies.

Altaya/DeAgostini presents this new collection following what they did with the Panzer Collection. Good models for their price, and many of them, unique in Diecast World.
Chassis is made in metal and turret and details in plastic.
Model has no major faults and presents the classic NATO camouflage in three colours.
Those vehicles have been seen recently in service in Libano , ex-Yugoslavia and first Iraq conflicts.