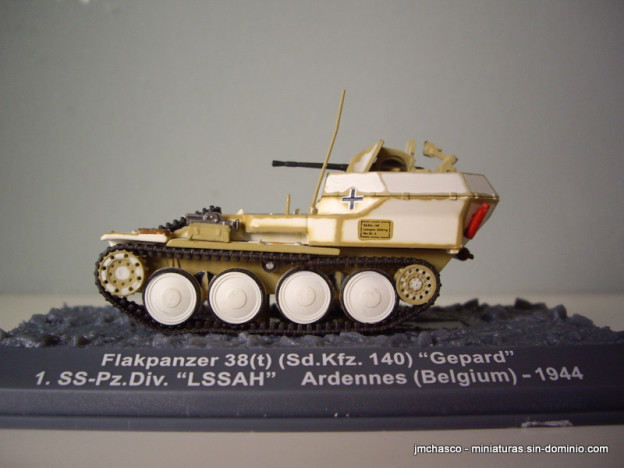 Just about 141 Flakpanzer 38(t) were made during war, between November 1943 – February 1944. Advancing on aircraft technology made this single gun become obsolete by the end of the war, replaced by his quad brothers. Panzer 38(t) chassis were on the most reused chassis, probably close to Panzer IV.

The Flakpanzer 38t allow a -5º angle , and was commonly used against infantry and light armoured cars. Altaya’s model depict an estrange winter camouflage pattern, maybe due hurry on battlefield or maybe intended so, i don’t know. Although gun and extras over the armour are not well detailed, in an overall sight this vehicle has a better look than many others vehicles from the collection.