This 1/72 scale kit depicts a typical Sherman M4A3E8 fighting in the bitter Korean War. Thus, the HVSS is rendered accurately in minute detail with multiple parts to ensure accuracy.

The T80 tracks are well rendered too, Perhaps the most eye-catching aspect to this kit is the set of the decals produced by Cartograf. These markings include bold and colorful teeth and eyes for the front of the tank hull, a design intended to instill fear in any enemy combatants they encountered.

With the 70th anniversary of the start of the Korean War rapidly approaching, this is a fine kit for modelers to create a tank or a dioramic scene from that conflagration. 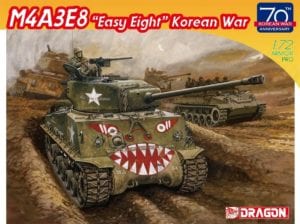 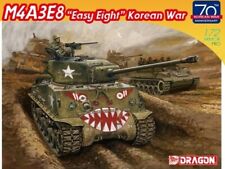 See on Ebay »
Shipping to: US
From: US
Seller: hobby-usa
99.7% Positive votes 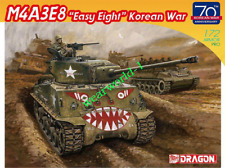 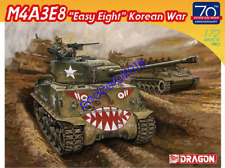 See on eModels »
From: GB
Seller: eModels
Stock: In Stock