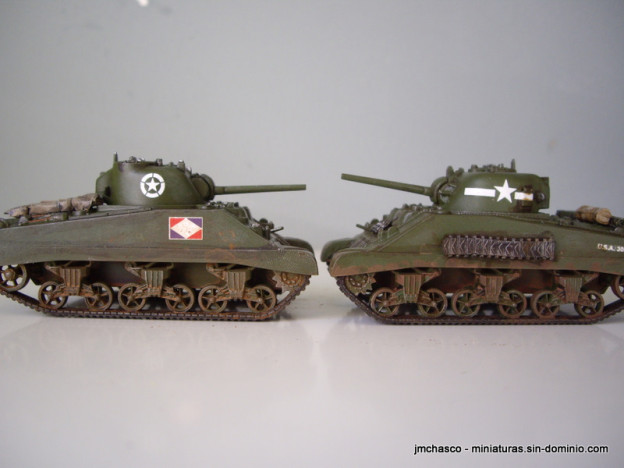 One Sherman have decals for Free French forces, the other is with usual U.S. Army markings , so it is just a home trainer vehicle, although can be used for Pacific games. They are painted with the standard Tamiya Spray paint, and then , weathered. Also for this, i used stowage made up with news paper, as i did with the M4A3E8.
For some time i promise to don’t do more green U.S bits, still have three on progress, close to be done.
Next time i will try the new Italeri fast kit, with two M4A3, but not soon. Although set is solid, which is very appropriate for wargaming, I’m less gladded with this ones than with M3A4 half-tracks set. The poor, the junction between top and down plates, which is quite visible in vehicle front.

The most common for this version is the British used, in Mediterranean or Italy service, as guys from “Brazo de Nelson” did here, with their usual good quality.