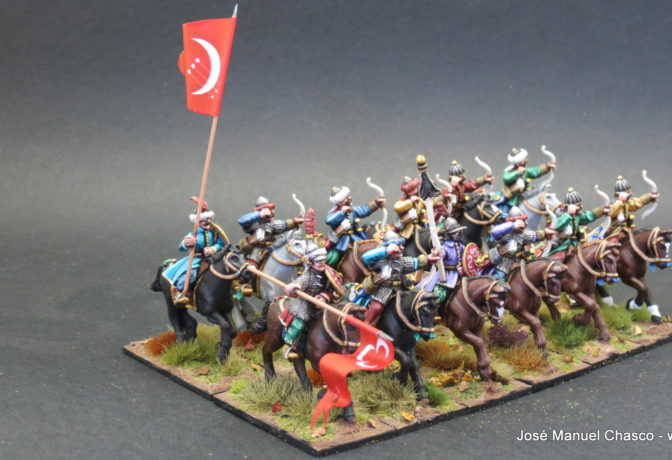 See our previous Akinjis post to learn something about them.
Bows were their main weapon, skirmishing enemy lines before the battles , shooting backwards after face enemy lines. The Assault Group does a nice bunch of these dudes, the command is shared with the swords armed guys, and archers come in three different poses, although, to say something, as bow angle and direction is almost the same, they looks some strange once ranked.
As i did on the swords ones, i keep a lower color palette and decoration, to avoid piss off the forthcoming Sipahi, who most be the best looking ones in the army.