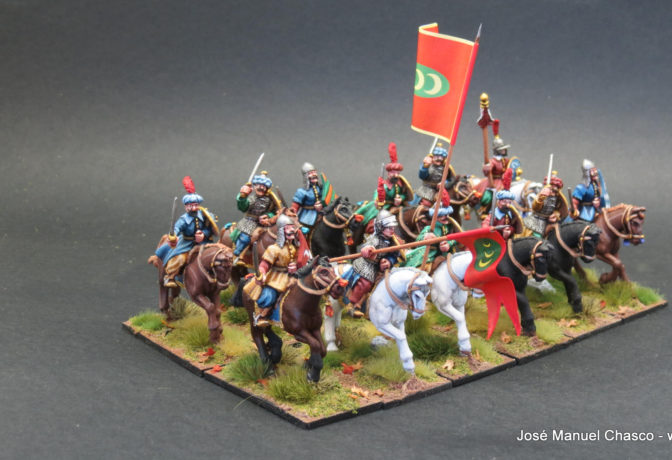 Akinjis (or Akincis) were one of the common irregular light cavalry used by the Ottoman Empire during centuries.
The usually were used as vanguard, and border units, not paid and subsisting on plunder.

Usually they used guerrilla tactics to demoralize enemies before match the battles and they played an important role in the Ottoman expansion over Europe, during XIV – XVI centuries, starting to decline in the late XVI in favor of Delis and Tatars.

The Assault Group have a nice range for these guys, including a command group and bows or swords weapons. We threat bows on a separate entry in the blog.

Although Akinji were famous by their nice and impressive clothes i tried to keep a lower color palette , as the forthcoming Sipahi need to be the most sparkling unit in the army 🙂 .