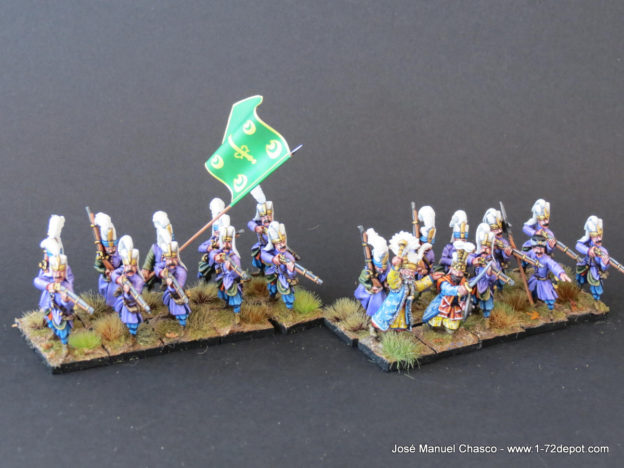 First Janissary Musket unit
Flag is from Wargames Designs, re-printed to match the style of my own flags which i will use in the future.
Figures are by The Assault Group and Warlord Games. They have both different styles but once in group the match quite well. Warlord musket janissaries looks almost all the same pose, although they have some variations all of them are firing and in quite similar pose. Looks some flat in a front view. Any mold problem on them. The Assault Group guys have a lot more of pose variation, costume variation, not looking flat at all, but present a few mold problems or metal excess.
One extra halberd janissary has been converted to standard bearer.