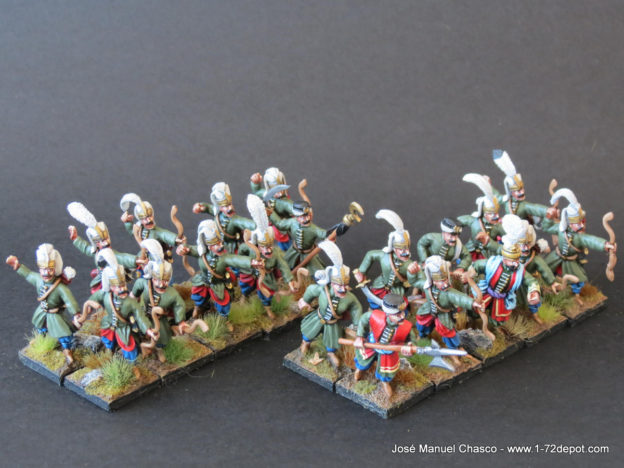 Janissaries with Bow, Ottoman Turkish’s elites troop.
Bows, compared with Muskets, were a cheap and still quite efficient weapon in the time, so it was extensively used in the Ottoman army.
Warlord offer two different blisters for these guys, firing and advancing. As happened on the sword armed ones, figures are all sided the same way and looks some flat, overall group appearance looks like not much variation in the pose because this, and some odd poses, happen here too.