Last in this initial batch for the Ottoman army, are these Janissaries armed with halberds.
One more time we have all the figures sided the same, in quite similar poses, some of them a bit odd.
After have painted (except muskets, next in the pipeline) almost all the Warlord Janissaries range… i think they lost an opportunity to do something really good, making something just acceptable. The mix in the boxed set, prevent them of do enough poses for nothing, all the musket guys are firing, they all looks exactly the same, and overall, it happen to bows, archers and halberds.
Janissaries are one of the most beautiful topics to paint in Late Medieval or Renaissance era, and Warlord was unable to do a great job on them, as if they had hurry to launch them. When you have all the figures in hand, a lot of them seems to share legs. Ans almost all the army is looking to the same side.. and flat. A pity.
This is my 3rd Janissaries regiment, i opted this time by a light blue colour, the only MSP (Master Series Paints by Reaper) bottle i have. I love this paint, i should buy more. They have a matt finish that Vallejo haven’t. And it’s still in good shape after 3 years opening and closing the bottle.
I did some special decoration for officers, similar to the one done on Janissaries with Sword, but choosing a different pattern. 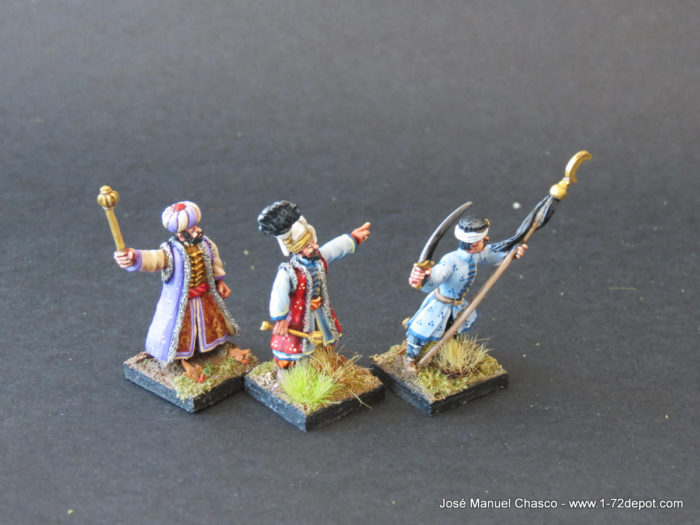 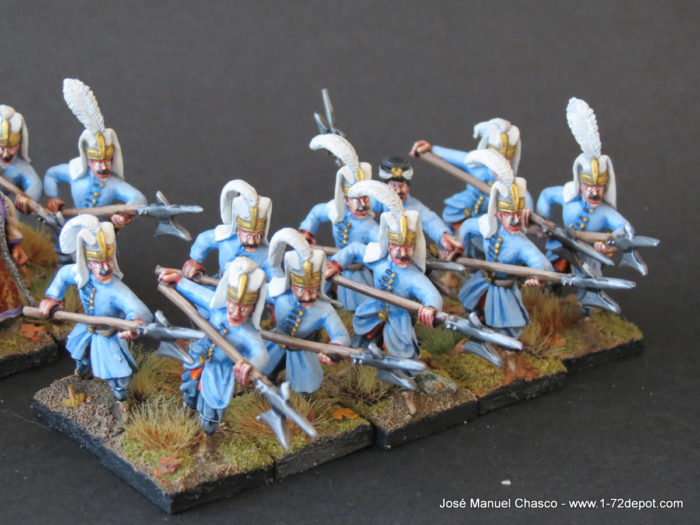