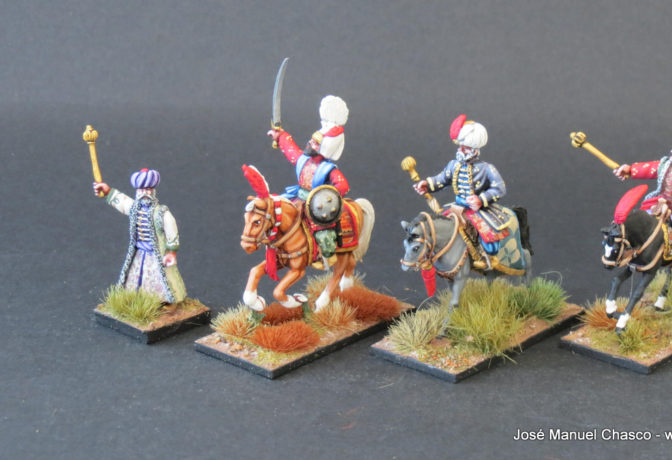 And finishing for a while, the high Ottoman Command by Warlord Games. They have two different packs, one for the 2 mounted Janissary officers, and the other with the 2 versions of Suleiman, mounted and foot.
As other figures in the range by Warlord, they are flat, is not a great range at all.
I used again quite a lot decals, specially on foot Suleiman, which almost is all decaled.
As i used one Warlord horse with the TAG figure here, one of the Janissary is mounting a TAG horse. 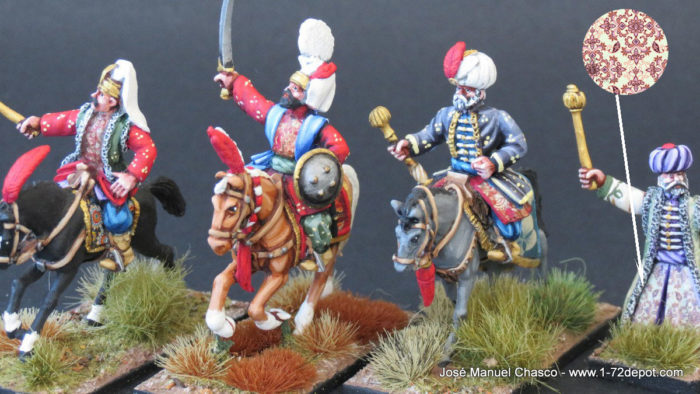 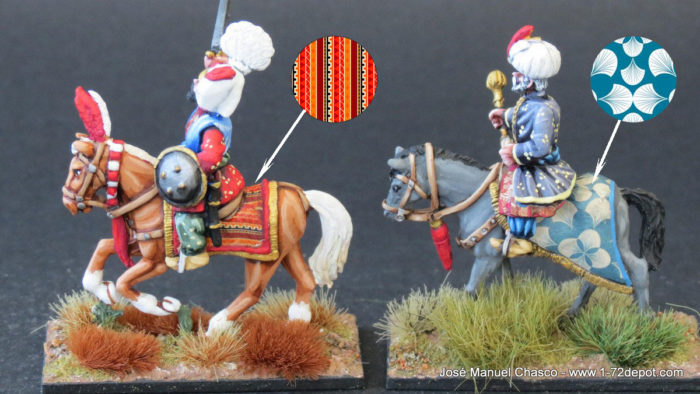 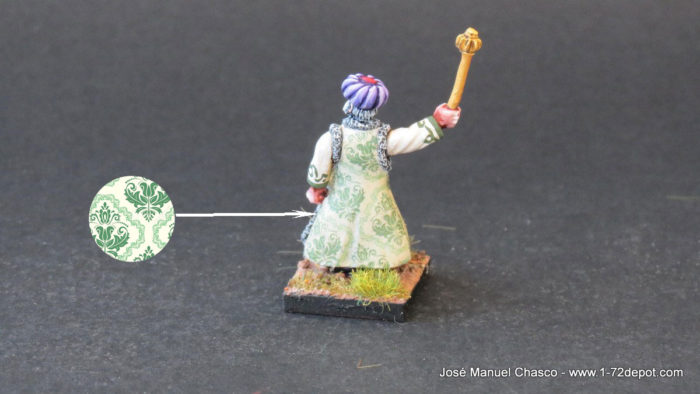