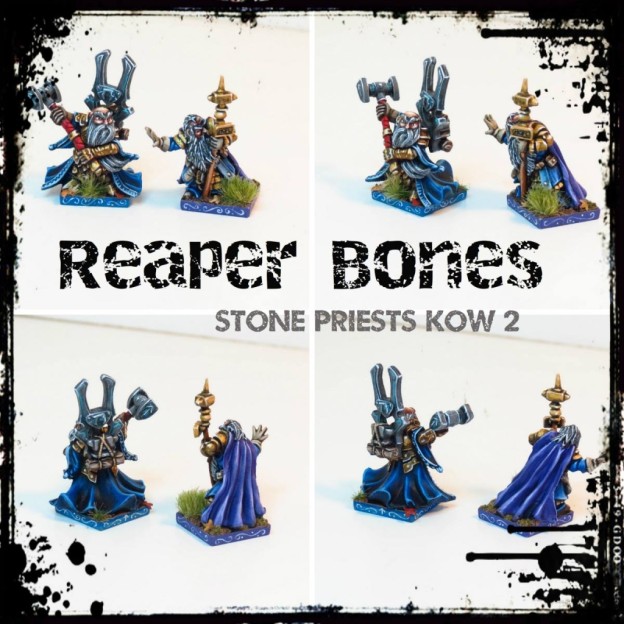 Hi Folks, long time without publish anything there. I should remedy it.
I have literally thousand’s figures over the paint table. Everything started and just a few ended. Hope to start to finish some large parts soon. While this happen i already ended some single pieces, and eclectic mix, with a common factor, all are intended to play the fantasy game Kings of War, which is successfully running his second edition now.

First, i painted a few Dwarves for a friend who play with them. By one side i painted 3 females dwarves, who are part of larger unit, their captains. These figures are from the Tale of War (old) range.  They are nice sculpted, except, maybe, the faces. The pictures of the full units are not mine, are from the owner, you can follow all his work here (Spanish language) 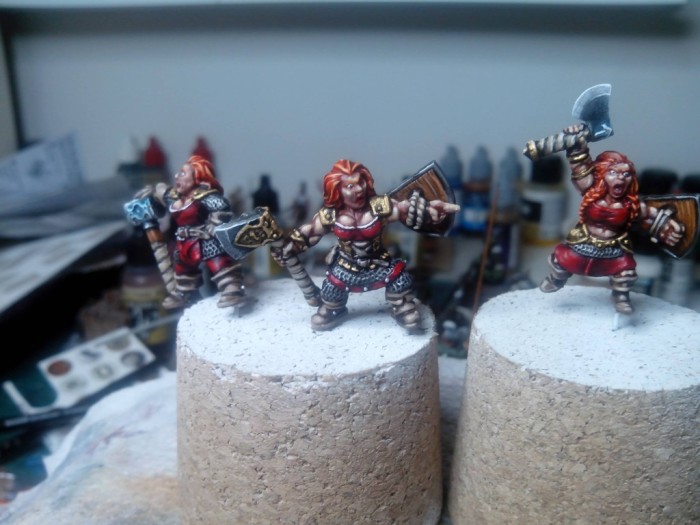 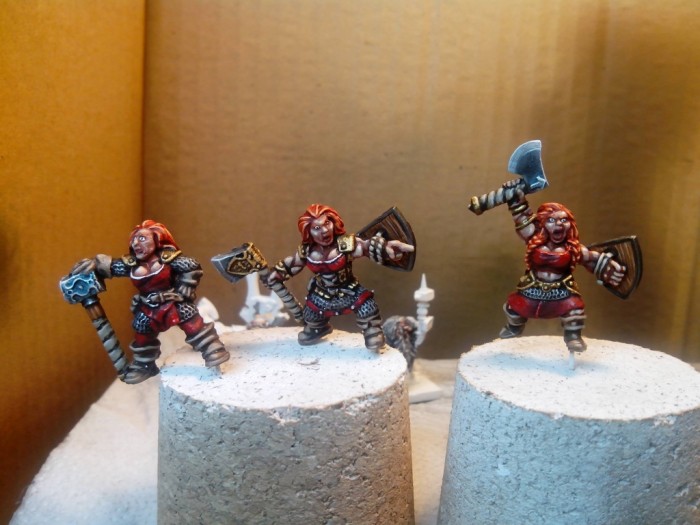 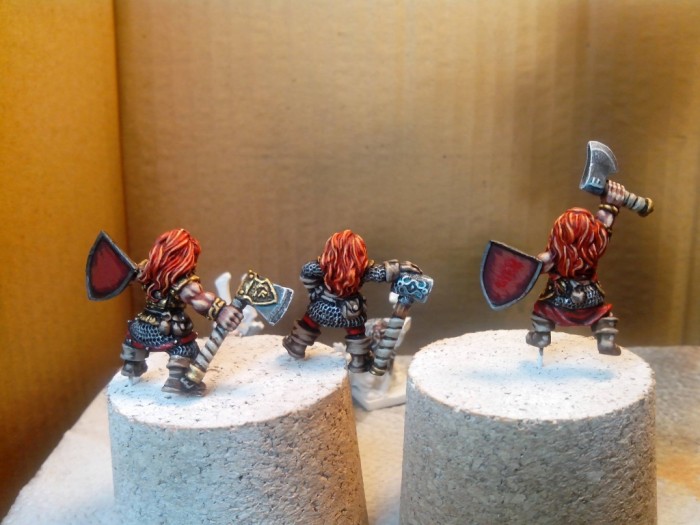 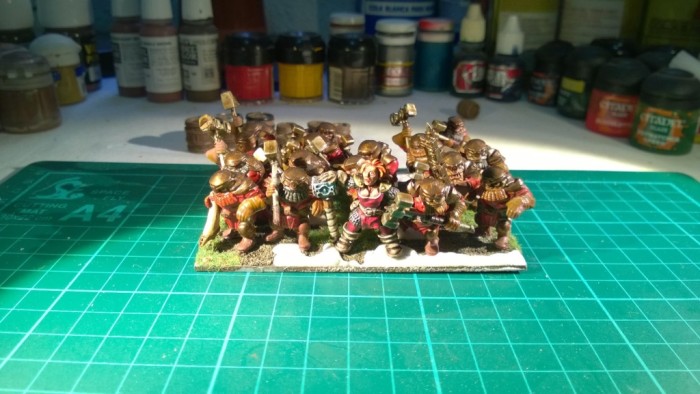 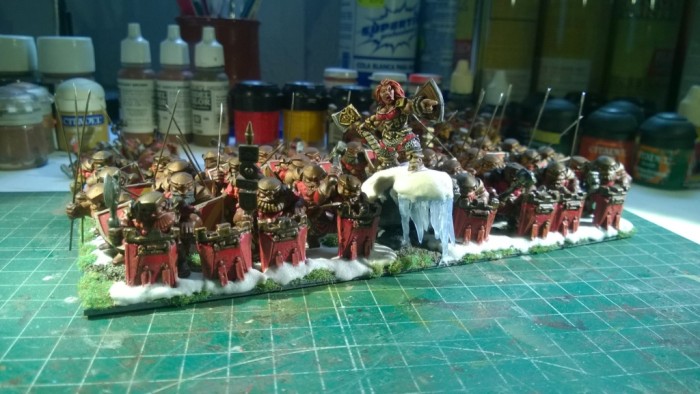 And second i painted 2 single male figures, from the Reaper Bones range, who will act as Stone Priests in the game. I enjoyed painting the left ones, even if it’s Bones, it’s a nice figure, with and overall good presence. I already talk about Bones in the past, it’s not best material to paint, as well as it present less detail than their metal counterparts, but they are cheaper, very cheap indeed, so they always are an option to don’t waste your pocket and get what you want. Price/Quality rate make them very attractive.
Left one is code 77220: Herryk, Dwarf Cleric which also haves metal counterpart, while right ones is 77383: Barden Barrelstrap This is one will be released in October.. 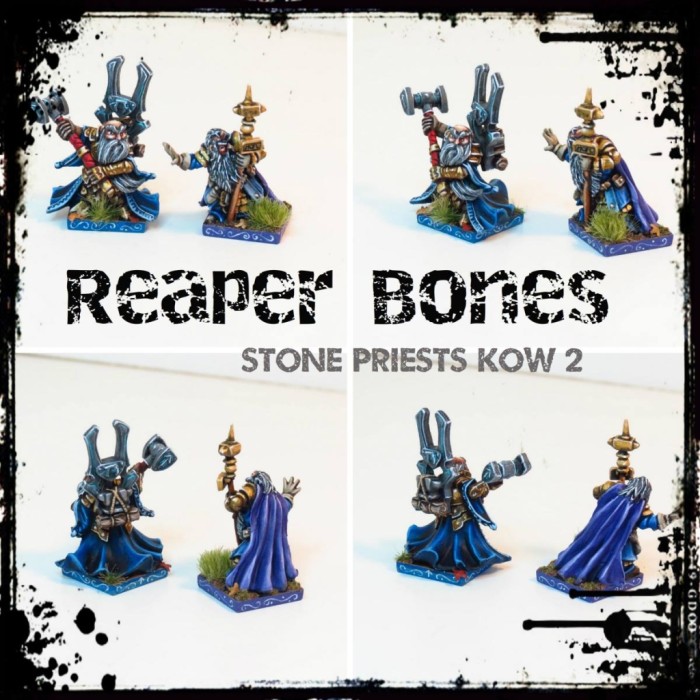 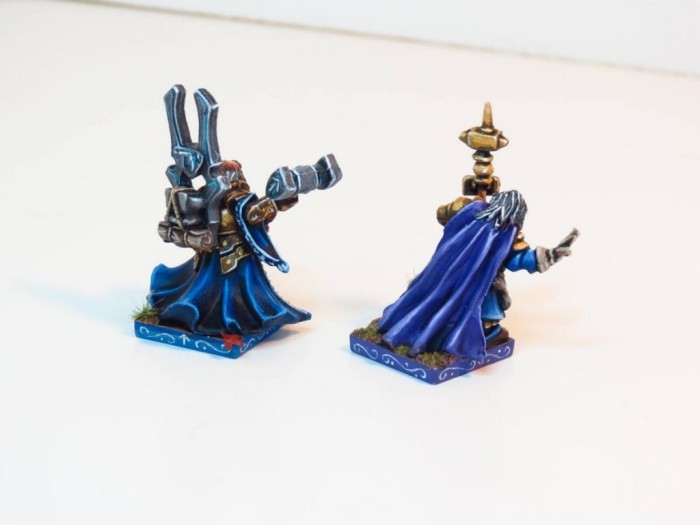 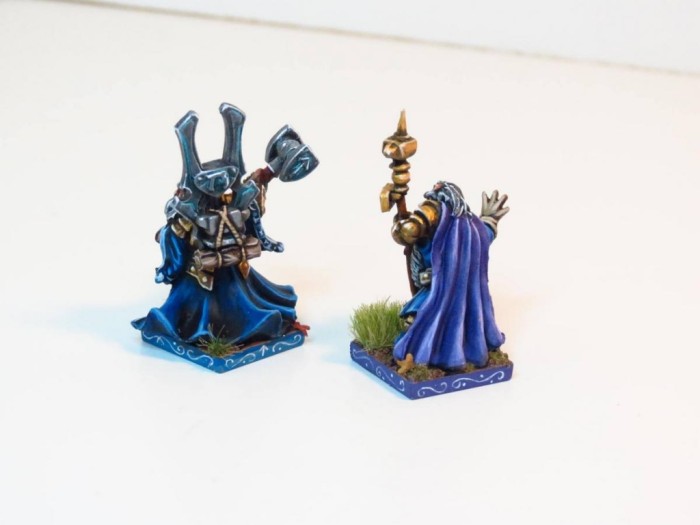 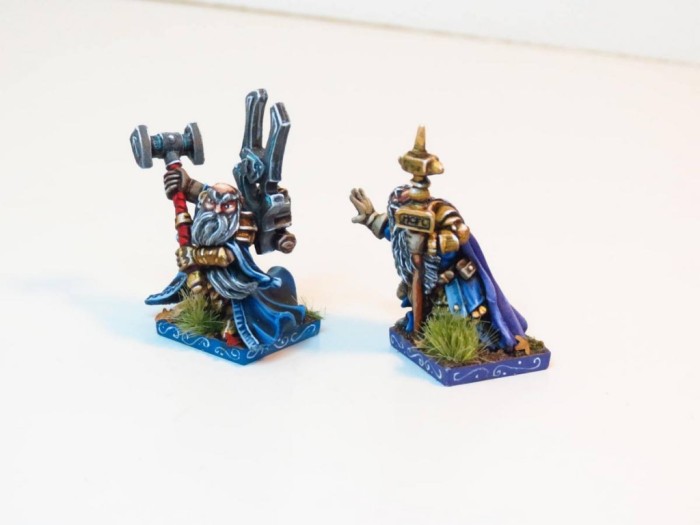 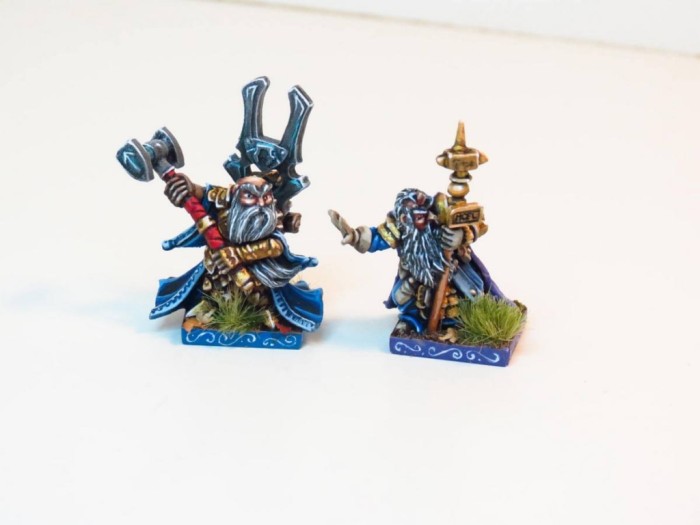