Unassembled plastic model kit in 1/72 scale of a British Fairey Firefly IIM, biplane fighter aircraft of the 30s mainly used by Belgium and Soviet Union. Around 91 units were build, 87 of them served with the Belgium Air Forces till the WWII.

Soviet Union acquired one example for tests and trials, RAF also used the aircraft for tests but didn’t entered service. The most famous use in the RAF, was an example fitted with floats used as preparation for the 1931 Schneider Trophy race. (This variant is not provided in the kit). 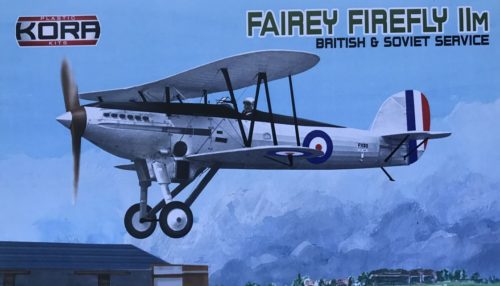