Unassembled plastic model kit in 1/72 scale of a U.S. Douglas A-20 Havoc multi-role aircraft of the WWII (medium bomber, attack aircraft, night intruder, night fighter, and reconnaissance aircraft) introduced in 1941. Over 7000 units were built in many different variants for the specific purposes.

A-20G variant was the most widely produce, visually distinguishable by the solid nose with a quad machine gun instead of glass nose of the previous versions. Boston IV was the RAF designation for the A-20J variant, not G, and J variant had a glass nose section, so some discrepancy here about the name of the kit and what the kit really depicts.

Original Matchbox kit tooled in 1978 and released again in 1979 and 1983, always keeping the box art and decal sheet, with one U.S. and one French marking. 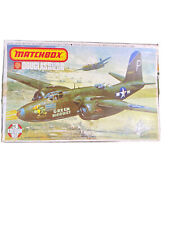 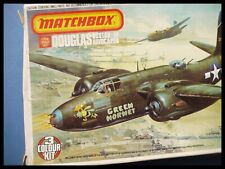 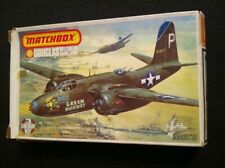