This was the first release and newly tooled Osprey V-22 kit by ESCI, that ended up in three different releases. The kit was tooled in 1989, the same year that the V-22 prototypes did its first flight. The same happened to Italeri, who also tooled their kit in 1989. The problem is that the V-22 was not introduced in service till 2007, after several modifications, so though the type ressemble to the prototypes available in 1989, for any modeller looking to depict a production Osprey V-22 aircraft, ESCI kit is not valid, the same than Italeri ones, or the Revell reissue of the Italeri kit. At this point, worth it to mention that both ESCI and Italeri kits are totally different kits and than the ESCI version never has been reissued by Italeri, who issues their own kit.

This variant, the HV-22, was an U.S. Navy evaluation of the Osprey V-22 as combat search and rescue, but it was not selected. The A designation, belong to all the pre-production aircrafts, despite their differences, they are usually all designated as V-22A. At the end U.S. Navy would adopt the HV-22, but not before the mid 2010s, and redesignated CMV-22B.

The conclusion of the ESCI Osprey V-22 series inn 1/72 scale, is that they have little value nowadays unless you want to depict some of the earlier prototypes, and in general terms these kits were surpassed by the Hasegawa tooled kit from 2013, that the Japanese brand keep reissuing in different variants and with upgrades. Several modellers also reports that this ESCI series was not so fine engineered as other series, maybe because they were hurry to release in 1989 the first V-22 kit, in competence with Italeri. Maybe they enjoyed some success in the years that the V-22 took to enter production and service and while they were the only available kits in 1/72 scale, but nowadays they are not very appreciated kits. 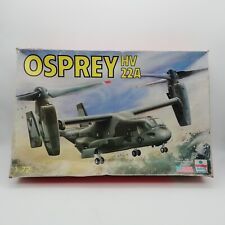 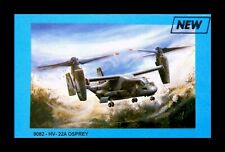 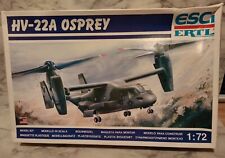 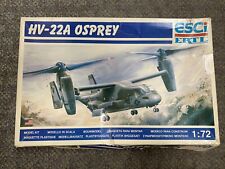 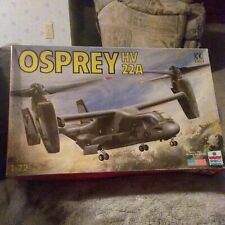 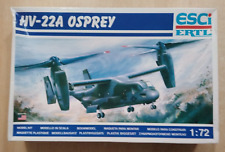 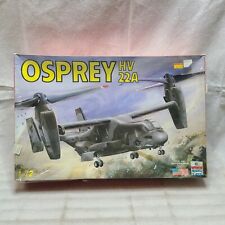 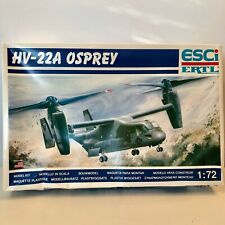