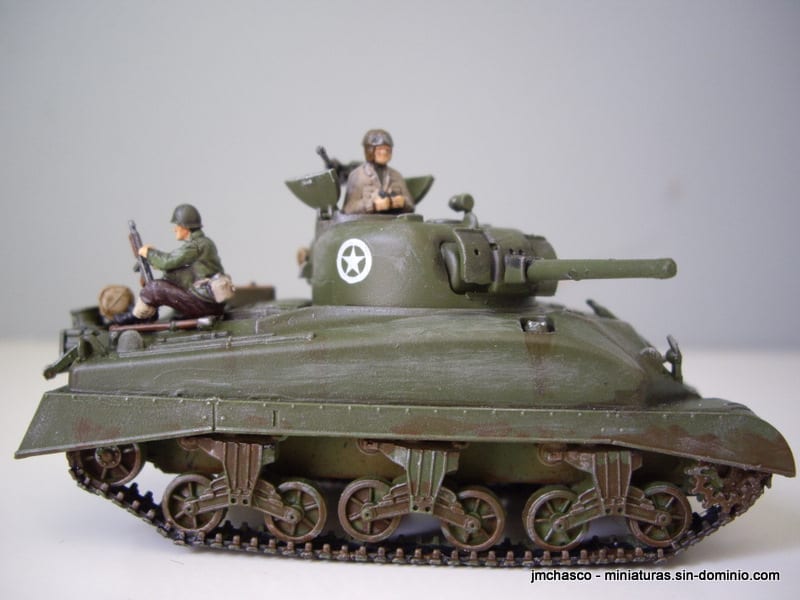 An old model brought at Ebay for a low price, new in a destructed box, but new.
The M4A1 is the first version of Sherman, manufactured by General Motors during the War. Sherman was the most developed tank during war, used by Russian, French, English, by “Lend- lease” programs.
Latest versions were active during Korea conflict. ERTL model has a lot of options, the set comes equipped with motor and transmission system, and upper hatch can be mounted opened, also two on turret and two upper driver and radio operator, which is not usual in many sets. The set comes with 2 crew men, i just used one and one caear figure as rider (resting). Crates are from Airfix/Heller Willys jeep. Instructions are clear, and was easy to built, even after so many years, plastic was in a good state and all parts fits well their place.

Although I’m gladded with model’s aspect, pictures don’t represent it as well as they look in real ! (I think!)

Finish is based in green primer by “The Army Painter” and olive drab spray paint by Tamiya.