Unpainted plastic soldiers in 1/72 scale of British Infantry during Napoleonic Wars, in pose suitable for a firing line.

Box contains 49 foot figures in 21 different poses. There are two kind of sprues, one with 14 soldiers in firing and reloading poses (in a x3 format) and one unique command sprue with seven figures, three of them are command figures and 4 are wounded and dead figures. 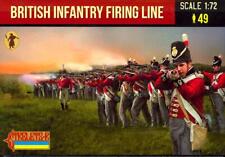 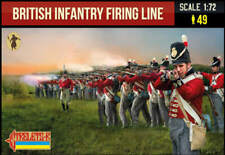 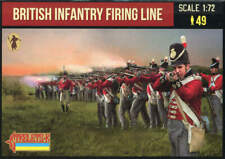