Unassembled plastic model kit in 1/72 scale of a British WWII jet fighter aircraft, Gloster Meteor, F.8 variant, and improved variant derived from F.4 with an enlarged fuselage and extended fuel capacity mainly operated from 1950 to 1954. In service with the RAAF (Royal Australian Air Force) saw action during the Korean War. 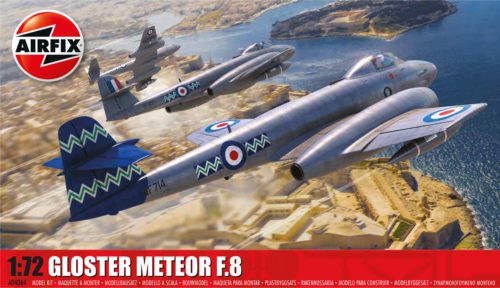 See on Hobbylinc »
From: United States
Seller: Hobbylinc
Stock: Out of Stock