Unassembled plastic model kit in 1/72 scale of a U.S. Lockheed Martin F-35 Lightning II, an stealth multi-role combat aircraft still in development and evolving even after start production. “A” variant is the standard take off and landing version.

Japanese Air Self Defence force already has at least 13 units of the A type (since 2019), of a bigger order, but kit offers a supposed marking (two markings) for the aircrafts which will belong to the Komatsu base not expected till 2025 (This kit is being released in 2021). The markings are for 303 and 306 squadrons. 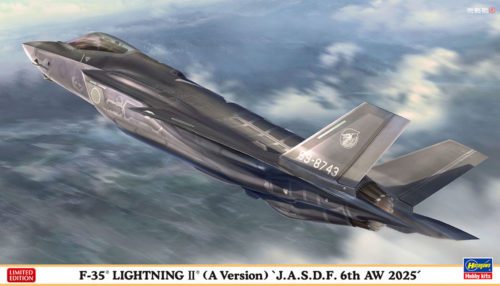