Over all of Spain, the sky is clear

Spanish Republican received around 93 Tupolev SBs during the war, by the end of the war only around 19 were airworthy condition and seized by Nationalist side.

Nationalist side received a wide support of German Luftwaffe during the war, several Messerschmitt Bf 109 variants were firstly tested during the Spanish conflict. Both E-1 and E-3 samples arrived to Spain in the last stages of the war.

Kit includes updated new decal sheets, with two markings for Messerschmitt Bf 109E-3 and one for the SB 2M-100, all of them toward the end of the war, dated in the Spring of 1939. 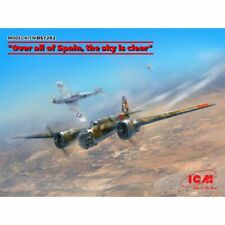 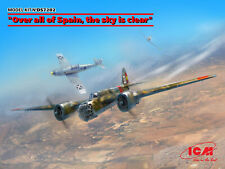 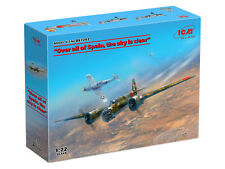 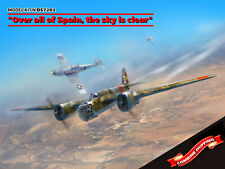 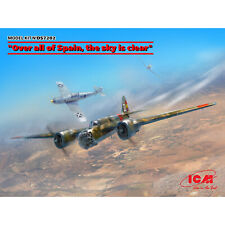 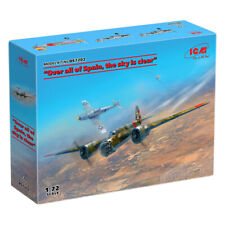 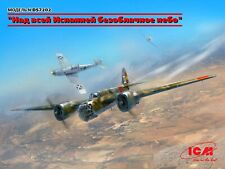