Unassembled plastic model kit in 1/72 scale of a U.S. Martin T4M Torpedo bomber in service from 1928 to 1938. They mainly were operated with wheeled undercarriage from aircraft carriers but they also could fit floats as the kit depicts. WIth float planes served from Auxiliary ships like the USS Wright, a  seaplane tender, the USS Jason, a collier (coal cargo) ship or from Naval bases like Pearl Harbour, the three examples for what the kit provides decal sheet. 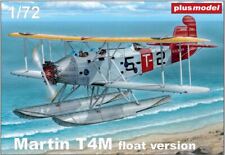 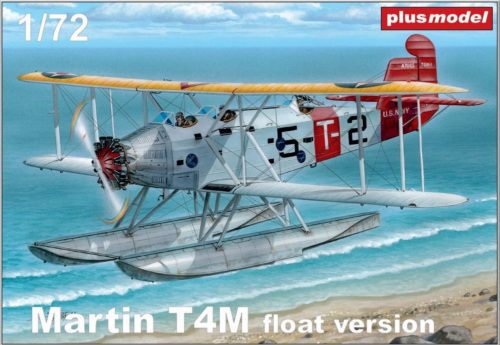