Unassembled plastic model kit in 1/72 scale of a German WWII Junkers Ju 86 bomber, introduced in 1936 and produced in less than 1000 units, including the initial civilian airliner versions.

Includes a decal sheet with 3 markings: 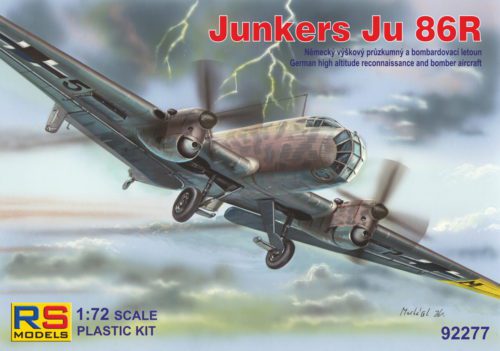