UH-1N were deployed to Vietnam War in the late 1970, as part of the 20th Special Operations Squadron where they had no U.S, markings, just a Green Hornet insignia and were usually fitted with M134 Minigun or 40mm grenade launchers. Without confirmation we understand this kit cover this markings.

*According to one of the stores selling the kit, it includes decal sheet with  4 x USA markings.

Not 100% confirmed but looks like this kit comes from the old Aero Plast kit. 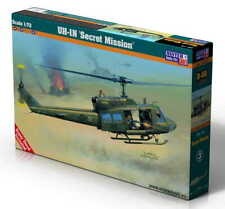 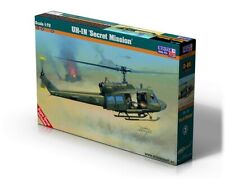