Airfix tooled this kit in 1975, a Schnellboot Type S-10-class German WWII Fast-attack craft. The kit was released by last time in 2011 under code number A10280. During its long life had several box arts as well as different code numbers but always kept the name German E-Boat.

The kit is not bad detailed and consists of almost 300 parts (290) and allows to be build as full hull or water-line which is an excellent feature. At least in the last release it included numerals decals for four ships, from S-10 to S-13.

As the kit contains lot of small and delicate parts many modellers report broke parts or loose from sprue just due package. The kit is considered in general as not bad, though aged, at least the late releases are full of mould lines and sanding and filling for assemble are inevitable.

There are two points that most of the modellers mention about wrong on the kit, the deep charges and the drop rack and torpedoes could have been done better, and in some case after-market products by CMK or Schatton-Modellbau were done that can help to improve the general appearance of the kit, which with work, can turn in a nice piece.

Though not a bad set, and though not exactly the same version, the Revell Fast Attack S-100 class kits and the newer Fore Hobby S-38 kits are superior in quality and detail to the old Airfix kit. 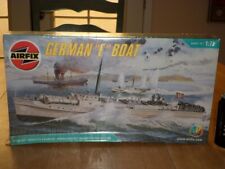 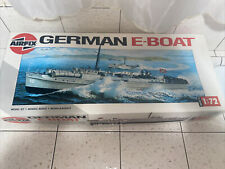 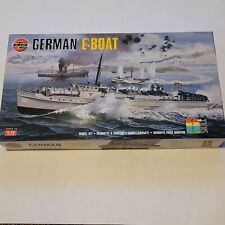