Unassembled plastic model kit in 1/72 scale of a Polish WW2 tank 7TP, a Polish tank developed from the British Vickers 6-ton tank, which never entered in service in the British army, but was licensed as T-26 by soviets and the base for the Polish 7P (7 = 7 tons).

The tank was produced in two variants, one armored with 2 Ckm wz.30 machine guns in a twin turret configuration and one with a Bofors wz. 37mm gun, which is the kit showed here. Many of the earlier twin turrets were converted to single turret before the start of the war. Around 100 tanks of the 37mm type were in service in the Polish army when the WW2 outbreaks. Few of them were captured and used by German later.

Kit features vinyl tracks and includes decals for two markings, one of them as German captured tank. 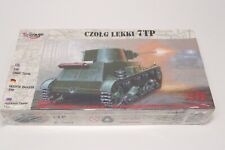 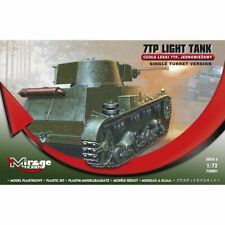 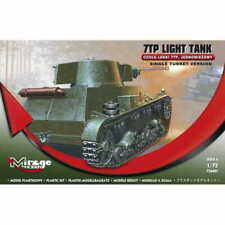