Unassembled plastic model kit in 1/72 scale of a Soviet BM-21 Grad 122mm multiple rocket launcher. Introduced in the early 60s has seen action in most of the conflicts happened since then, in asia, middle orient, africa, and operated by over 50 countries most of them still in service. Different truck chassis has been used to mount the rocket system, but the initial version and the one depicted by the kit, uses and Ural-375D truck chassis.

Kit consists of 127 plastic parts (including rubber tyres and clear plastic parts) and just includes one paint schema with several markings, not only soviet, . 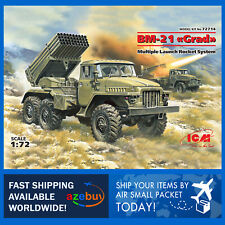 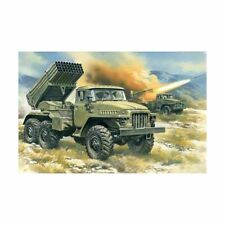 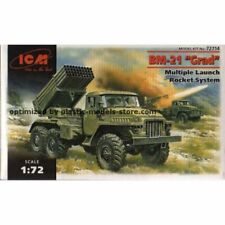 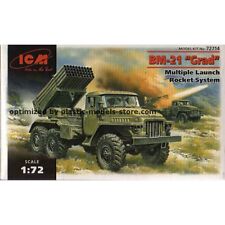 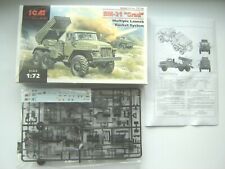