Unassembled plastic model kit in 1/72 scale of a Soviet 6×6 army truck ZIL-131, produced from 1964 to 2014 in different versions as well as used for specialized vehicles such fuel tankers or rocket launchers. Kit depicts the standard cargo version.

Kit consists of 98 plastic parts. Despite the box illustration it doesn’t includes parts for the canvas cover of the cargo bay either the metal arches to support it, just the open cargo bay. Instructions sheet details two markings including UN service. Decal sheet can be seen in several other releases by ICM. 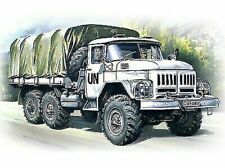 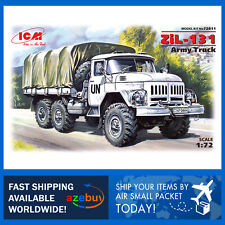 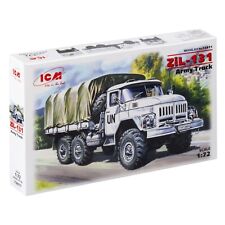 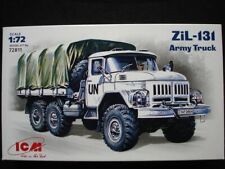 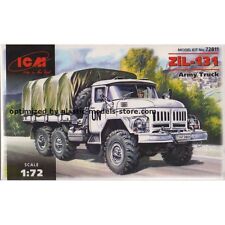 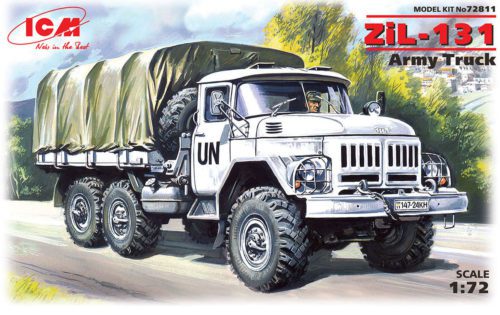 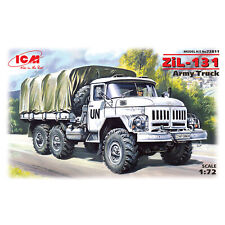