Unassembled plastic model kit in 1/72 scale of a British WWII armoured car Humber, Mk. IV variant, which fitted a U.S. M5 or M6 37mm high velocity gun as main armament, forcing changes in the turret, with only space for two crew men instead of three, and rearrange of the hatches. 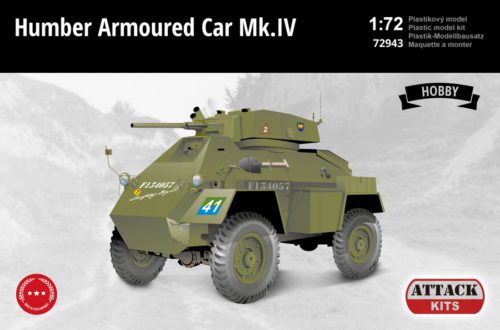 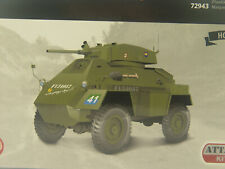