Unassembled plastic model kit in 1/72 scale of a German WWII medium tank Panzer III, E variant. This variant increased the armour of the Panzer III, as well as has a redesigned suspension from leaf-springs to torsion-bars and using six larger road wheels per side, a feature kept in all the subsequent mass production versions. Around 96 tanks of this variant were produced in 1939.

Kit consists of 175 plastic parts, the majority of them for the wheels, suspension and tracks parts, which are link and length type. Includes also a small PE detail set. Kit includes a large decal sheet with 12 different markings, with markings for Poland 1939, France 1940, East Front 1941-1942, Greece and one marking dated in Italy 1944. 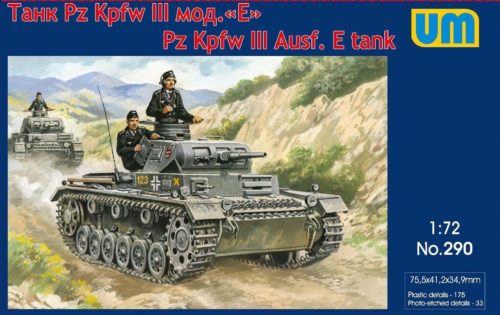 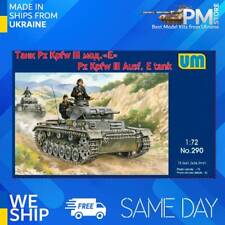